The United States’ moon program, the Apollo program, has often been mentioned as the peak of the big Space Race between the US and the Soviet Union. While the program was still going on, NASA produced a series of very interesting documentaries, one for each mission. The majority of these are available at the Internet Archive. 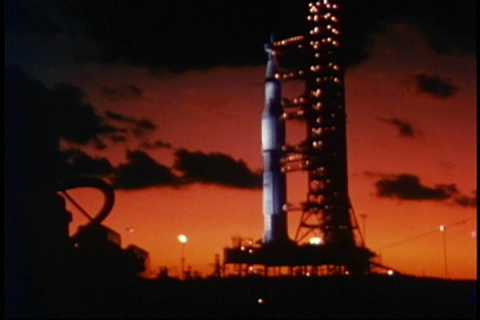 As far as I know, there was never an official title for this series. Each part was produced as a stand-alone piece to be released after the respective mission. The title The History of Apollo was used as the subtitle of a DVD compilation of these films, and I thought it made for a nice umbrella title.

The editing and narration are fairly low-key. There is some focus on the technical aspects of the missions, and compared to many later Apollo documentaries, there is little about the astronauts’ feelings and practically nothing about their private lives. There is also nothing about the politics behind the missions. For my own part, I find this to be a refreshing change. We get to focus on the process of getting men on the moon, and that is as it should be.

Here is a list of all the parts, and links to the Internet Archive for each.

The “missing” Apollo 10 episode can probably be found on other Internet sites.

This series is best enjoyed if you are interested in a specific mission – or if you are really into the big Space Race and the Cold War. The documentaries are very good, and a nice document of a historically important period. At between 15 and 30 minutes of length for most they are quick watches, but the entire series, especially in one sitting, is a bit over the top. 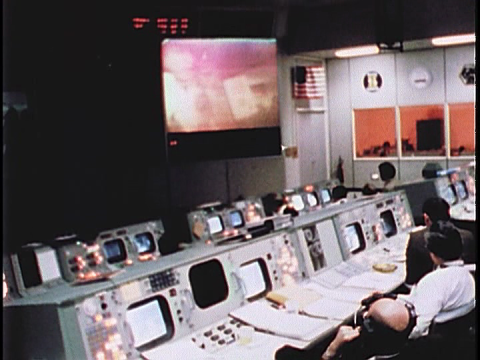 In the late 1920s, Buster Keaton had made a series of silents that are still considered by many to be among the greatest comedies ever made. It culminated with The General in 1926, which was a marvellous artistic success, but a terrible commercial failure. The result was that Keaton lost the total artistic control he had previously enjoyed, and coinciding with the advent of sound film, he got a contract with MGM that he felt stifled his creativity completely.

By the time that he made Speak Easily in 1932, he was no longer directing, only acting, and to boot his marriage was going downhill along with his career. As a result, Keaton fell to heavy drinking, which cost him his job, his wife and most of his money. Eventually, he found new love and recovered from his bad habits, but by then it was too late to rescue his damaged career. Near the end of his life, however, he did make some fairly popular TV shows, and he had minor roles in a number of big movies. 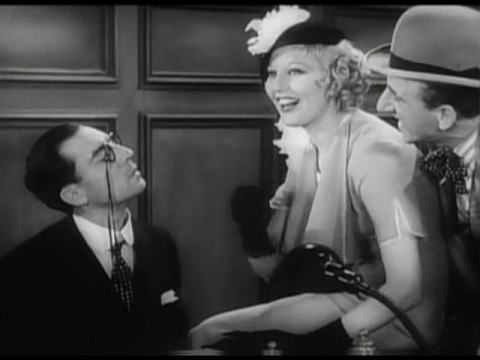 It is easy to dismiss all of Keaton’s sound films as being of inferior quality. And while that is true compared with his best silents, they are not universally bad throughout. In fact, Speak Easily is a pretty neat little comedy. Keaton plays a professor who is badly in need of some friends and a change in life. When he learns that he has inherited a large sum of money, he leaves everything behind and jumps on a train in order to discover new things about himself and the world. It later turns out that there was no inheritance, but by that time he has already promised to pay for a mediocre travelling vaudeville company’s big break with a new show on Broadway.

For this film, and several others made around the same time, Keaton was paired with Jimmy Durante, another well-known Hollywood comedian. It was competently directed by Edward Sedgwick, and the plot is well held together with nice dialogue and some good stunts, many of them created by Keaton himself. Fans of the Marx brothers will be able to recognize several stunts that were reused when Keaton was hired to create gags for A Night at the Opera (1935).

This film is best enjoyed if you are curious about Keaton’s development after his silent period. Speak Easily may be nowhere near Keaton’s masterworks, but it is by no means bad. Keaton shows that he is a splendid actor, and the cooperation with co-star Durante works very well, even though they are basically two very different kinds of actors. Speak Easily is an endearing and enjoyable, albeit harmless, little comedy. Much better than the other Keaton soundies I have seen, such as Parlor, Bedroom and Bath (1931) and Li’l Abner (1940) (both available for download). 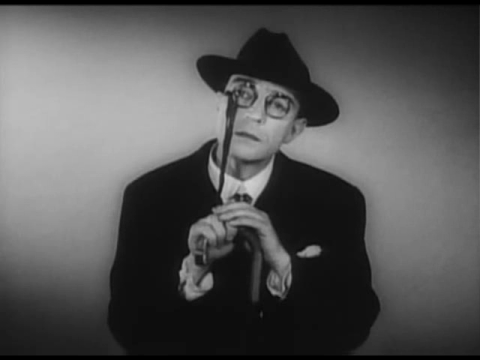 Film noir is a genre which I tend to watch far too rarely, so it is a good thing that there are several good ones at the Internet Archive. One of them, and one which is pretty much forgotten today, except by the real enthusiasts, is Woman on the Run. It deserves to be better remembered, though. 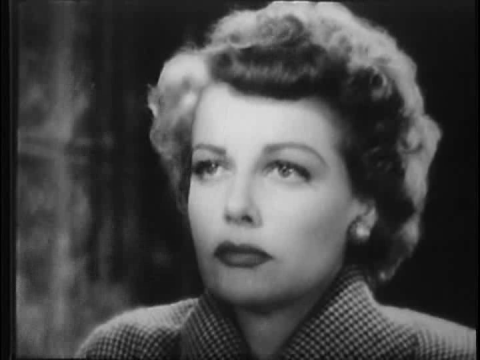 Woman on the Run begins as artist Frank Johnson, while walking his dog, happens to witness a murder. But the murderer has seen him, too, and rather than trust the police to protect him, Frank, who also has a lethal heart condition, starts running. At the centre of this plot we find Eleanor, Frank’s wife in a crumbling marriage. As she starts searching for her husband, she finds out more and more that she did not know about Frank, but at the same time she becomes attracted to Daniel, a reporter who wants Frank’s story.

The film’s title is perhaps a bit strange. After all, it is Frank who is running, and indeed it turns out that the short story upon which it was based was actually titled “Man on the Run”. One can only assume that the producer wanted to put the spot on Eleanor, who is the focal character of the story.

Woman on the Run contains some really neat dialogue and is generally well done, with good actors. Ann Sheridan’s cynical dame is a genre cliché, but she holds it up well.

Well crafted as Woman on the Run may be, truth be told it is not terribly original. It mostly follows the standard film noir recipe. All the way, that is, until just near the end. There is a climactic roller coaster ride which is like nothing else I ever saw in a movie, and which can only be described as a little dramaturgical masterpiece. This section alone makes the film worth watching.

This film is best enjoyed if you like film noir. Even without the roller coaster, it is well made, exciting and enjoyable in every aspect. 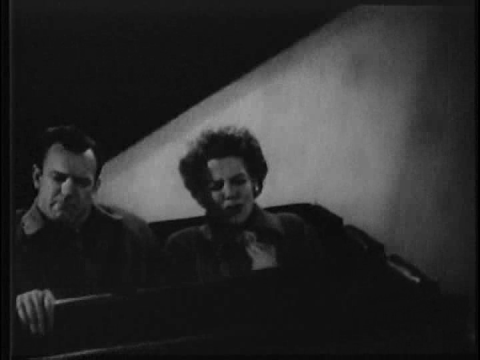 I have already written about the height of Swedish filmmaking in my post about The Outlaw and His Wife. Another of Victor Sjöström’s most famous movies was Klostret i Sendomir (The Monastery of Sendomir in English). 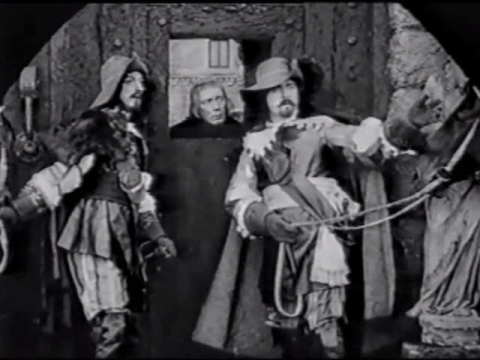 The film begins with two travellers who decide to spend the night at a monastery. They become curious as to the monastery’s origins and convince one of the monks to tell them. It turns out that a man who became jealous of his cheating wife decided to fuond the monastery to atone for his sins in connection with this. The majority of the film is a flashback as the monk tells the story. In the end we revert back to the two travellers for a nice twist.

Like many of the Swedish films from this classical period, Klostret i Sendomir was based on a literary original, in this case a short story by the German writer Franz Grillparzer. Compared with modern Hollywood, these Swedish films stayed close to the originals, and in many cases, such as this, they also retained the tragic endings. In fact, Hollywood started to recognize the commercial value of happy endings at least as early as the 1920s, which Sjöström became aware of a few years later, when he moved to Hollywood to continue his career there.

This film is best enjoyed if you are curious about this classical period in Swedish film. It is a genuinely good film, especially compared with most other films from the same period, but directors and producers of the time were still very much experimenting with the medium, and parts of the film tend to feel a little stiff today. Still, it is a very good story, and told in the best way known in 1920. 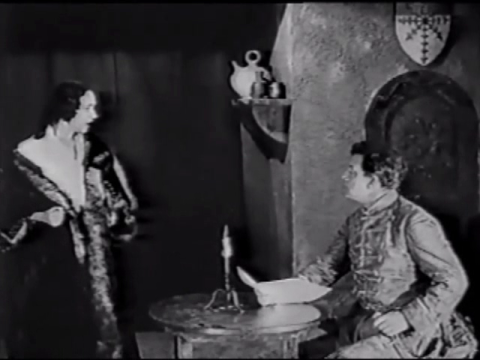