There can be no doubt that Alfred Hitchcock was one of the most influential directors of all time. Many also hold that he was one of the greatest. His true greatness is most obvious in his many classic Hollywood productions from the 40s through the early 60s. (He also made a handful of films in the late 60s and 70s, but those are not among his best efforts). Before Hollywood, however, Hitchcock had already been directing films for 15 years! Those films, almost half of his total production, are often overlooked, in some cases for good reasons.

Among those rarely seen early films is his very first attempt as a director (except one short and one unfinished film, both lost), The Pleasure Garden. Considering Hitchcock’s enormous influence, this is a film that should have a significant historic value, in spite of any cinematographic shortcomings. 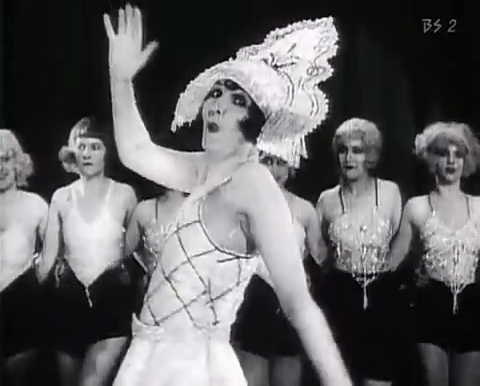 The plot is pretty standard fare for silents of the time. Jill has come to London to seek her fortune as a dancer. She meets Patsy, who works at a theatre called The Pleasure Garden. Patsy helps her get a job and lets her stay at her appartment, but later, when Jill has become a star, she will not return Patsy’s favours. The plot is complicated by two men. Hugh is Jill’s fiancé and Levet is attracted to Patsy. However, there is also an attraction between Patsy and Hugh.

The copy at the Internet Archive is apparently some 15-20 minutes shorter than the original film (which has been restored in recent years). I have not seen the longer version, but I suspect that a longer film allows for some more depth to a story that in the present form is a bit hard to follow at times.

This film is best enjoyed for its historical significance. Sure, you can see some interesting scenes that suggest the great things that were to come (especially in the beginning), but Hitchcock at this point is no better than several other contemporary directors, and the script is not really good enough to maintain interest all the way to the end. 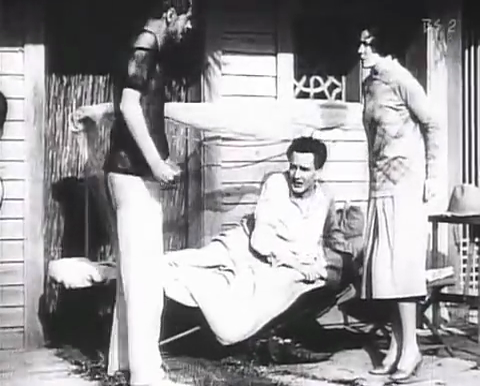