Victor Hugo’s The Hunchback of Notre Dame is one of those literary classics that have been filmed on a number of different occasions, infamously including an animated Disney version, proving that Disney can make light family entertainment out of practically anything.

Out of the several Hunchback adaptations I have seen, two emerge as superior: the 1923 version with Lon Chaney and the 1939 version with Charles Laughton. The former appears to be the only version of The Hunchback of Notre Dame that is available at the Internet Archive. 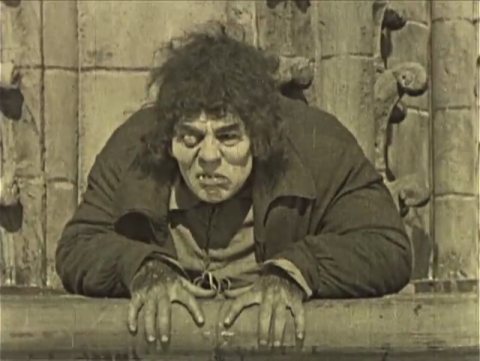 To cast the legendary Lon Chaney as the Hunchback was, of course, the best possible choice at the time. Chaney had already made several spectacular and impressive roles, for example The Penalty (1920), but The Hunchback of Notre Dame appears to have been the role that propelled him to the status of stardom, and thus on to future legendary roles.

Unfortunately, I am less impressed with Ruth Miller as Esmeralda. So far I have never seen an actress that quite captured the youth and spirit of Esmeralda from the novel. Miller gives it her best, and that is adequate, but something is lacking. She is at least nearly the right age for the role (Esmeralda is 16 in the novel; Miller was only a couple of years older when the film was made), unlike several others; the worst example possibly being Salma Hayek who was over 30 when she portrayed Esmeralda. I am still waiting for the actress that can bring the combination of youth, naiveté, kind-heartedness and strength to the character.

In addition to Chaney’s performance, there are several good reasons for watching this film. For one thing, it is perhaps one of the most truthful adaptations of the original novel (except for the inevitable happy Hollywood ending). The sets and costumes of mediaeval Paris are stunningly majestic and beautiful. Whether historically true or not, I am not competent to say, but they certainly help to set the mood.

This film is best enjoyed if, like me, you are both a fan of Lon Chaney and of Victor Hugo’s wonderful novel. The combination of the two makes for a near-perfect film and a true classic. 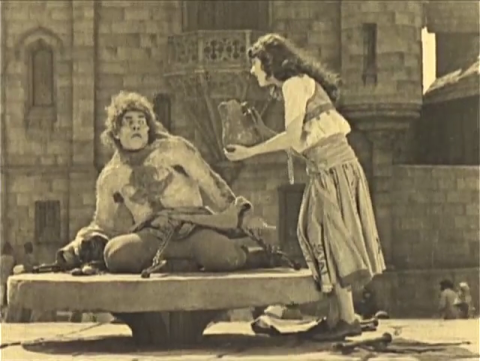